Thank you for supporting Independent Cinemas, we are happy to report that Minister Fletcher has honoured his commitment and has announced a second round of funding for independent cinemas.  Read Minister Fletcher’s Press Release here

Help Independent Cinemas Australia (ICA) persuade the Government not to pocket half the promised relief on Christmas Eve and release the remaining money to help your local indie cinema keep its doors open.

On Christmas Eve the SCREEN Fund finishes with the Government set to pocket almost half of the $20 million it committed to keep the doors open at independent neighbourhood cinemas through the COVID crisis. Please help us make the Federal Government honour commitments made to small cinema businesses and the Australian movie going public. For months now we have been telling the Government that independent cinemas urgently need the full support promised them back in March 2021. Since that date, cinemas have been hit with the Delta variant, vaccine rollout delays, prolonged lockdowns, and consequent disruptions to movie supplies.

Many cinema businesses have closed permanently and now Adelaide will lose its last remaining drive-in. How many more cinemas need to close before the Government backs its original decision, stays the distance, and keeps local community cinemas open long enough to get back on their feet?

“We are not asking for more than our share” said Emma Addario, second generation owner of Roseville Cinema in Minister Fletcher’s electorate of Bradfield “just the full allocation of the money the Morrison Government announced we needed and would receive”.

“Local cinemas are only just starting to get back on their feet after months trading at 67% down on pre-pandemic revenue.” said Scott Seddon, President of ICA and owner of Scotty’s Cinemas Raymond Terrace and Heddon Greta Drive-in.

“Revenue is still 55% down on top of businesses facing increased costs to operate COVID-safe premises, no cashflow reserves and obligations for huge payback of debt including bank loans and almost two years of rent arrears. Those losses can’t be recovered overnight.”

“The good news is that the big movies are back, patrons are keen to return to their local cinemas and most local MPs appreciate the social and cultural importance of the local cinema in their community” said Benjamin Zeccola of Palace Cinemas.
“Given enough time, and the help the Government promised, these businesses will be fully recovered and operating to entertain and delight communities all over Australia.”

Tony Burke, Shadow Minister for the Arts is encouraging people to get out and support their local cinema in the 12 days before Christmas and all through the coming holidays:
“If the Government backs out on Christmas Eve and denies these neighbourhood cinemas the other half of the SCREEN Fund – $10 million promised to support them – where will Australians go to share their stories?”

In the press release Minister Fletcher acknowledged that “the pandemic has had a devastating impact on cinemas who have struggled to recover due to circumstances outside their control…We’re introducing this funding to help support the viability of independent cinemas during this period when their business circumstances are still returning to normality, as the vaccine rollout progresses, and Australia moves towards higher audience capacities.”

The SCREEN Fund is due to expire on 24 December, with almost $10 million still unallocated. To date, the Federal Government has resisted calls to use the remaining money to make a second round of funding available to independent cinemas who have been impacted by the Delta variant in 2021.

Independent cinemas employ thousands of Australians and contribute to the vibrancy of local communities and business precincts. They also play an important role in bringing Australian films to Australian audiences, particularly in regional Australia, where most cinemas are run by independent operators.

12 REASONS THE MORRISON GOVERNMENT SHOULD NOT TAKE AWAY HALF THE COVID RELIEF PROMISED TO YOUR LOCAL INDIE CINEMA.

They inject some $250 million into our economy every year.

More than $110 million a year goes straight into regional Australia where our cinemas are the heart of the community contributing social engagement, keeping small towns vibrant and sustaining surrounding restaurants, shops, and businesses.

Independent cinemas contribute up to 90% or more of the box office for Australian feature films.

Due to COVID-19, Australia’s independent cinemas are currently trading around 50% to 70% less than in 2019.

Over 75% of ICA’s independent cinemas are in regional Australia providing vital social and cultural infrastructure to their local communities.

Many independent cinemas are also in key metro locations. They are among Australia’s most iconic art-house cinemas ensuring high-quality cinema and diversity of choice for film lovers in every major city. 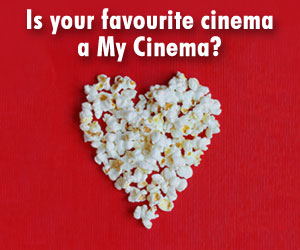 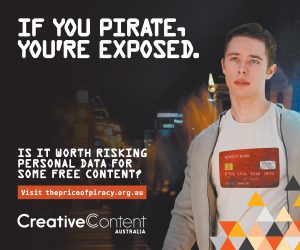 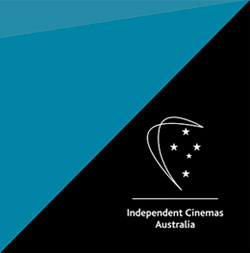